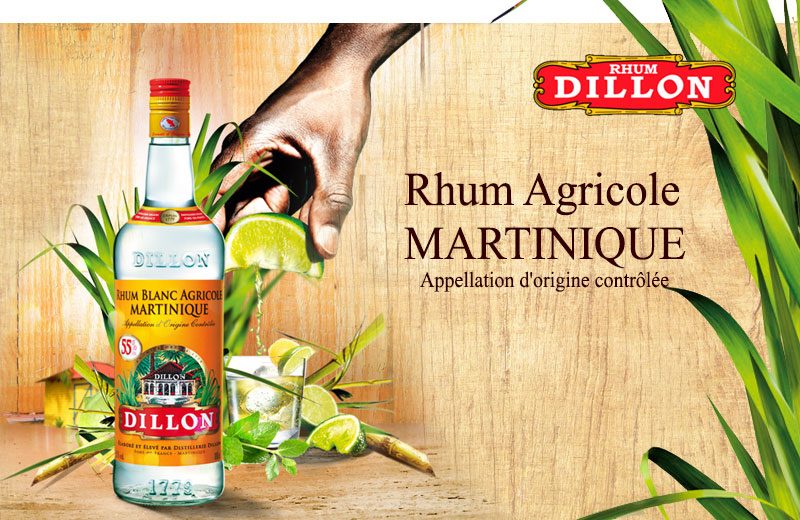 The distillery owes its name to Count Arthur Dillon, a General and hero of the American War of Independence. He marries a cousin of Empress Josephine de Beauharnais, Laure Girardin de Montgérald, owner of the plantation estate which will later, through this marriage, become the Dillon Estate. Elected Martinique Member of Parliament in 1789, he is accused of conspiracy by Robespierre and decapitated in April of 1794.

In 1857, Dillon is purchased by the Mayor of Saint-Pierre, Pierre Hervé, who restores the canal and dyke and has a sugar factory and rum distillery built, as well as a railway. But the 1866 sugar crisis ruins him and the plantation becomes a limited corporation, managed by Louis Domergue.

In 1891, a hurricane devastates the XVIII th century estate and entails the death of Louis Domergue. In 1900, his son, Raoul re-builds it from elements of a Saint-Pierre manor which he has disassembled, beam by beam — thus saving it from the Pelee volcano disaster. But in 1919, the Dillon Administrator must comply with a quota policy and ends up transforming it into a sugar factory in 1928.

Administered by the Laguarigue family, the Dillon plantation estate doesn’t take up agricultural rum production again until 1954. It is purchased in 1967 by the Bardinet family from Bordeaux : in over twenty years, the Bardinet Group quadruples its annual production by investing in fermenting vats, distilling columns, and aging storehouses of a capacity of three thousands vats.

As of 1981, Dillon rum is a regular prize winner at the Concours Général Agricole contest, confirming it progression in terms of quality and marketing on the Martinique, French Guiana and mainland France markets — where they are the leading trademark. After becoming owned by “La Martiniquaise” in 1993, the Dillon brand name continues to add to the renown of the Martinique A.O.C. official label of origin, granted in 1996. 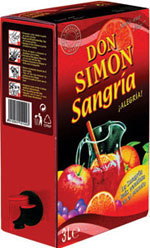 TASTING NOTES
Bright, focused, limey spicy fruit on the nose. The palate is full flavoured, warmly fruited and has just a hint of nuttiness under the almost overwhelming citrussy aromas.
FOOD MATCHING
Sangria is the perfect complement to spicy food or Mediterranean dishes. It also goes great with BBQ, seafood, chicken and poultry dishes, and beef or other strongly flavored dishes.

TASTING NOTES
An exceptional AOC Martinique agricultural rum in the terroir of Martinique since 1779. This is a fine white rum, rich and very full in flavour with a complex aromas of tropical fruits.
FOOD MATCHING
Serve chilled or on the rocks. Also perfect for Caribbean cocktails such as ti’ punch and Planteur z’habitant.